Every new year presents an opportunity to look back, reflect on, and evaluate what happened over the past 12 months throughout the information technology (IT) sector.

From artificial intelligence to robotics, there were many key advances that supported the knowledge economy, but it was not without its share of scandals over data privacy and use. Below, I will share the stand-outs, lessons, and my projections for 2019.

Artificial Intelligence and IT

The fascination with and progress in the field of artificial intelligence (AI) is here to stay for the foreseeable future. The world's largest companies will continue investing billions of Euros into research and development in AI. According to a survey carried out in the U.S. by Deloitte – a multinational professional services network – as of 2018, 63% of companies are now using machine learning technologies (up from 58% in 2017). Also of interest here, 50% of companies now use deep learning technology (compared to 36% in 2017).

Robotization and process automation were also IT front-runners this past year. They promise to dramatically change and accelerate routine manual labor, not to mention programming. So much so, in fact, that Microsoft and other major corporations have developed products that can independently and autonomously code computer programs. It is worth noting that this does not signal that computers will replace programmers. What it means is that IT companies will become more efficient. As programming processes gradually become automated, programmers will oversee, analyse, and adjust processes according to industry standards and best practices.

This is confirmed by Deloitte’s survey results, which showed that 53% of companies in the U.S. already use these processes in their work.

IT companies that work with different applications and website systems will have noticed that they improve each year, becoming more sophisticated, streamlined, user-friendly, effective, and – I daresay – more beautiful for their elegant designs.

The constant evolution of user interfaces and user experiences have provided companies with better, more user-friendly websites, and mobile applications. Moreover, the growth of specialists in this field has skyrocketed. In 2000, there were more than 10,000 specialists analysing consumer experiences, and currently there are over 1,000,000. Projections for the next thirty years show this number will be fifty-times greater. It is not an overstatement to say that last year was the strongest for this field in its history.

Going forward, systems, applications, and just about everything on the internet will be tailored to the unique needs and preferences of each user.

Despite significant strides in this area, virtual reality (VR) technologies were not discussed widely or in-depth, even at the most important IT conferences in the world. It would be a loss to research, development, and growth in VR if it continues to fall under the radar in 2019 and loses the public's interest.

In May (2018) the European Union introduced the General Data Protection Regulation (GDPR), which has created challenges in implementation for many companies and organizations worldwide. Because websites and web systems must now meet the high privacy and security requirements set out in the GDPR, IT played an important role in this regulative measure. The GDPR is particularly onerous for non-EU businesses trading within the EU. Current estimates suggest that there are 1500 different businesses and websites worldwide that are unable to function and work in the EU following this policy, jeopardizing partnerships and business in EU countries.

Although it is unlikely this will be widely discussed in 2019, it will certainly continue to be significant for current and future business ventures in the EU.

Alternatively, 2018 saw some major data privacy scandals that were heavily contested and hot topics. Perhaps the most memorable was related to the biggest social network in the world – Facebook. Disclosed data showed that Facebook permitted, without the consent of users, the collection and adaptation of personal information for commercial purposes. It was later revealed that Facebook allowed the biggest U.S. companies to read users' messages in order to gain as much data as possible about them. Once again, it was shown that the collected information was used for classifying users for commercial purposes.

Despite the fact that it seemed this would dramatically lower the popularity of Facebook and all social networks attached to it, this did not materialize. The scandal did have a significant impact on Facebook's capitalization; at the worst point share prices dropped by almost 40%. However, it did not have any visible or felt impact on the practices of ordinary users. Facebook continues to capture small growths, and, at the end of 2018, Instagram reached an all-time high of one billion active users per month.

Overall, 2018 was an impressive year and I expect 2019 will bring unexpected discoveries and innovations that will change how we interact, share information, and continue to conduct business in our global knowledge economy. 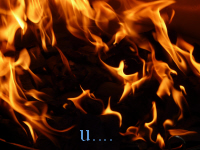 PMA’s letter to Lithuania’s Prime Minister and Members of Parliament. A series of law amendments could put the independence of Lithuania’s public service broadcaster at risk. Established in 1945, the Public Media Alliance [PMA] is the largest, global association of public media organisations.
Daugiau naujų naujienų
2022-11-26 19:53:48