According to Minister of Transport and Communications Marius Skuodis, the sanctions on Belarus targeting sectors are likely to have a marginal impact on the economy of Lithuania.

The sanctions on fertilisers will constitute 20 % of the amount of all fertilisers transported by Lietuvos geležinkeliai and reloaded in the Port of Klaipėda. The bans imposed do not affect the existing agreements concluded before the adoption of the EU Regulation.

It is estimated that the Lietuvos geležinkeliai group will lose 2.5 million tons of fertiliser freight, i.e. 14 million euros of income. Besides, up to 10 million euros of taxes from the users of the railway infrastructure would not be collected.

The 2.5 million tons of fertilisers are also transported through the Klaipėda State Seaport; therefore, the same impact will occur on up to 20 % of fertilisers reloaded at the Port of Klaipėda. Once these sanctions come into effect, the authority of the Klaipėda State Seaport would lose up to 3 million of income (turnover, mostly due to the taxes on freight loads), and port handling operators would lose up to 11 million euros of income.

“Our main priority is to diversify freight flows as much as possible as regards the geographic aspect, clients and freight, so that the dependence on one or another region would be minimal. Even without sanctions, we cannot predict the behaviour and reaction of the neighbouring country,” notes M. Skuodis.

According to the Minister, for several years now, investments have been actively made in freight diversification, deepening of the navigation channel and the expansion of the southern part. Lithuania has the potential to attract new large manufacturers, for example, in the field of electric vehicle battery manufacturing, the development of wind turbines assembly or the manufacturing of their components. The Port of Klaipėda has the capacity to reload, and the railways can transport freight for this industry.

In the area of railway transport, connections are actively being developed with Western European markets, Poland and Ukraine. A European gauge Rail Baltica railway has already been constructed from Kaunas to Palemonas Intermodal Terminal, which provides direct access to the European freight market. Besides, the recent years have seen a growth of internal transportation via railways in Lithuania, which means that there is also potential here.

Statistics of the past five years show that freight from Belarus in the Lithuanian market of transport services has gone down from the third place to the sixth. This shows that the geography of freight transport is rapidly changing in Lithuania. 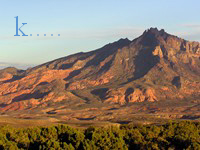 The Ministry of Transport and Communications and other public sector institutions, along with telecommunication services providers, agreed on strategic actions regarding the development of the 5th generation mobile connection (5G) across Lithuania.
2021-05-31 15:21:53