The Ministry of Transport and Communications and other public sector institutions, along with telecommunication services providers, agreed on strategic actions regarding the development of the 5th generation mobile connection (5G) across Lithuania.

These actions are provided for in a Memorandum that was signed by the parties. By 2022, 5G connection should be accessible at least in one of the major Lithuanian cities.

“Lithuania, as the rest of the world, is approaching a new stage of technological progress, i. e. 5G launch. An exceptionally fast 5G connection opens up new possibilities for innovations and services that are still being created. To fully exploit its potential, we need to ensure close cooperation between business and institutions. This is what we aim at by signing this Memorandum. A 5G frequency auction is to be announced soon and our goal is to achieve 5G access in at least one of the major Lithuanian cities by 2022,” Minister of Transport and Communications Marius Skuodis said.

In its efforts to expedite electronic communications infrastructure development in Lithuania, the Ministry of Transport and Communications seeks that the 5G connection development project is awarded the status of national-importance.

The Memorandum also expresses the states’ active engagement and participation in organising an investment project on the 5G-coverage for international transport corridors Via Baltica and Rail Baltica in order to receive funding under the 2021–2027 Connecting Europe Facility for infrastructure.

5G connection roll-out in Lithuania is to be performed in stages: by 2022, the 5G connection should be available at least in one of the major Lithuanian cities, and by 2023, it should be available in Vilnius, Kaunas, Klaipėda, Šiauliai and Panevėžys territories. By 2025, 5G will cover all cities, international transport corridors Via Baltica, Rail Baltica, state roads, rail roads, airports and seaports.

The parties signing the Memorandum, including the Ministry of Transport and Communications, Communications Regulatory Authority of the Republic of Lithuania (RRT), companies Telia, Bitė and Tele2, Public Enterprise Plačiajuostis internetas, State Enterprise Lithuanian Road Administration, AB LTG Infra, Association of Local Authorities in Lithuania and Lithuanian municipalities joining the Memorandum, and other 5G service providers, committed to cooperate on the roll-out of the 5G connection in the territory of Lithuania, including uninterrupted 5G operation in international transport corridors Via Baltica and Rail Baltica, cities, state roads, rail roads and ports. The set objective is to reach 100 Mbps connection speed access in at least 95 percent of Lithuanian households by 2025. 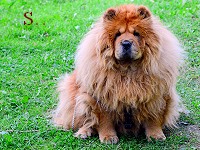 A common question for TV viewers is this: I installed a house, how much will it cost me to install a TV reception system? Sometimes the question is similar: Does a 15-year-old satellite dish no longer show most channels, how much will it cost to renew? It is very difficult to answer such questions without knowing the preferences of the TV viewer.
2021-06-25 15:07:20