In pursuit of full energy independence from Russian gas, in response to Russia's energy blackmail in Europe and the war in Ukraine, Lithuania has completely refused of Russian gas: the Lithuanian gas transmission system has been operating without Russian gas imports since the beginning of this month.

This is confirmed by the data of the gas transmission system operator Amber Grid, which show that on April 2 Russian gas imports for Lithuania's needs via the Lithuania-Belarus connection were equal to 0 MWh.

All Lithuanian gas demand is fulfilled from the Klaipėda Liquefied Natural Gas (LNG) terminal. The officially announced schedules of the liquefied natural gas terminal operator Klaipėdos Nafta indicate that three large volumes of liquefied natural gas will reach the terminal every month. That is planned to be enough for all customers. For the coming period, customers have placed orders for gas transportation only from the Klaipėda LNG terminal. If it will be needed, gas can be delivered to Lithuania via the gas interconnection with Latvia and via the gas interconnection with Poland which will be operational as of 1 of May.

Minister of Energy Dainius Kreivys says that this is a turning point in the history of Lithuania's energy independence: "We are the first EU country among Gazprom's supply countries to ensure independence from Russian gas supply, and it is the result of a long-term consistent energy policy and timely infrastructure decisions."

In these circumstances, Russia's requirement to pay for gas in rubles becomes meaningless, as Lithuania no longer orders Russian gas and does not plan to pay for it. In response, the Russian gas company Gazprom informed Amber Grid that it no longer intended to import gas from Russia via the Lithuanian-Belarusian connection.

Gas transit through Lithuania continues to be transported for the needs of Kaliningrad, but in a different technical mode, ensuring only the transmission of the amount of gas required for transit. 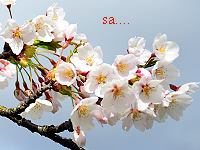 Every new year presents an opportunity to look back, reflect on, and evaluate what happened over the past 12 months throughout the information technology (IT) sector.
Daugiau naujų naujienų
2023-02-02 16:00:49