The investment decisions, in accordance with the signed cooperation agreements, start the implementation phase of the project. In particular, they enable the commencement of tender procedures for the selection of contractors for the High Voltage Direct Current (HVDC) Cable and HVDC Converter Stations.

“Harmony Link is a key investment in the process of synchronisation of Baltic States with Continental Europe Network. It is also an example of good cooperation between neighbours. PSE and Litgrid already proved that they are able to carry out such large and difficult investment projects during the construction of the LitPol Link connection, and the entry of the Harmony Link project into the stage of implementation proves the effectiveness of Polish and Lithuanian partnership” stated Piotr Naimski, Secretary of State, Plenipotentiary for Strategic Energy Infrastructure of the Government of the Republic of Poland.

“Harmony Link is the biggest project of synchronisation of Baltic States with Continental Europe Network. The submarine cable will significantly increase the region’s energy security and it will contribute to the integration of renewable energy sources to all countries around the Baltic Sea. Therefore, we especially appreciate the business-like and professional cooperation with Polish partners in the implementation of this important project, which is gaining momentum. Following the adoption of the final investment decisions in both countries, Litgrid and PSE will be enabled to continue carrying out the works scheduled in the pipeline. Litgrid and PSE are currently carrying out the territorial planning and environmental impact assessment processes required for the Harmony Link project, preparing tender documents for the construction of cable and converter stations, exploring the seabed for cable construction, and Litgrid has acquired a plot for converter station construction in Darbėnai. This year, the project implementation study has already been completed”, Rokas Masiulis, CEO of Litgrid says.

In an agreement signed in May 2020, the operators decided on division of works to be carried out by each party. Litgrid will be responsible for the installation of the required HVDC cable whereas PSE will be responsible for HVDC converter stations in Lithuania and Poland. Both companies, separately for their respective part of works, will select contractors, sign contracts and implement them.

“This is a key enabler for the synchronization of the Baltic States. Had it not been for the submarine link between Poland and Lithuania any trades between Continental Europe and Baltics would be merely unfeasable. Through implementing such a project, we are supporting not only our Lithuanian partners in their ambitions to fully integrate with Europe. Foremostly, we support the vision of the European electricity market, which is built in underpinnings of the energy transformation on our continent” said Eryk Kłossowski, President of the Management Board of PSE.

Once completed, Harmony Link will be a submarine cable power line of approx. 330 km in length (of which approx. 290 km will be offshore), which will connect the Żarnowiec substation in Poland with the future Darbėnai substation in Lithuania. The interconnector will be based on HVDC technology and will provide transmission capacity of 700 MW. It is expected to be completed in 2025.

Harmony Link will be the second electricity interconnection between Poland and Lithuania – since 2016, the LitPol Link overhead power line has been in operation, connecting the Elk substation in Poland and the Alytus substation in Lithuania. The submarine cable will improve the region’s energy security by contributing to synchronization of the power systems of Lithuania, Latvia and Estonia with the Continental Europe Synchronous Area. The project is co-financed under the EU’s Connecting Europe Facility (CEF) with a grants worth more than EUR 500 million. The total cost of Harmony Link amounts to EUR 700 million. 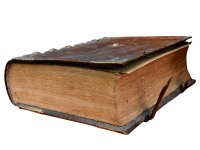 According to Minister of Transport and Communications Marius Skuodis, the sanctions on Belarus targeting sectors are likely to have a marginal impact on the economy of Lithuania.
2021-05-28 09:14:40