LRT television frequencies. LRT TV can be seen by all DVB-T terrestrial TV viewers who receive the signal via TV antennas. Here you will find information about LRT transmission frequencies and channels.

LRT TV can be viewed by all TV viewers who have DVB-T compliant TV receivers or TVs.

LRT coverage map in the illustration, and below are the frequencies for sending LRT TV programs:
Television channel (frequency, MHz) Transmitting station

HD and SD resolution of LRT and LRT Plus TV programs sent over the network. 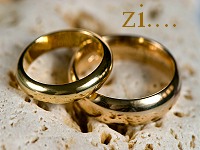 TV viewers are provided with the frequencies of the first DVB-T transmitter network in all Lithuanian cities. Since the last frequency change, all frequencies above 700 MHz have been freed up for the development of the 5G Internet. TV programs are broadcast: LNK, TV6, BTV, TV3, Info TV, 2 TV, TV1, TV8, Lietuvos rytas TV, Current Time, Delfi TV.
2021-12-03 20:15:24

Every new year presents an opportunity to look back, reflect on, and evaluate what happened over the past 12 months throughout the information technology (IT) sector.
Daugiau naujų naujienų
2022-12-03 19:44:24