Transparency and security remain among of the greatest challenges in crypto businesses today. Criminal activities, like exchange hacks or ICO scams, have great implications for the prices of cryptocurrencies. Could crypto custody be part of the solution to these problems?

Transparency and security remain among of the greatest challenges in crypto businesses today. Criminal activities, like exchange hacks or ICO scams, have great implications for the prices of cryptocurrencies and contributes to the general distrust in the crypto market. Could crypto custody be part of the solution to these problems?

Simply put, crypto custody means that a third-party provides storage and security services for cryptocurrencies. It is important because the development of such services could enable institutional investors who hold copious amounts of cryptocurrencies to start trading securely.

Too little firms are providing the crypto custody solutions and their prices are too high. It is a vicious circle — services are not affordable; thus, a very few are willing to pay a high price. Low demand for the service bares the prices from falling.

Insurance has to become a standard

Insurance is a standard commodity in the traditional financial sector. To drive institutional investment in the crypto market, this sector has to offer secured digital assets storage. This will preserve the interests of investors and build trust in the industry.

It is not just a bare-bones idea. Just at the beginning of October this year, a major crypto exchange Gemini, based in New York, obtained insurance coverage from a consortium of leading insurance providers led by Aon. Aon is a multibillion-dollar insurance behemoth.

Yusuf Hussain, Head of Risk at Gemini, stressed the importance of providing sufficient consumer protection to assure that investors can freely trade cryptocurrencies without the possibility of fund theft.

Gemini is not alone. BitGo and Coinbase have its own custody offerings.

The second aspect of crypto custody service — security. Before providing their capital, major players want to make sure that the operational risk is at a minimum, and without proper security, policy service providers will continue failing to attract them.

The third factor driving institutional capital to crypto businesses will be regulation. Crypto custodians and the government can learn a lot from the global custodians that have been guarding assets for institutional investors.

The legal framework has to be drawn before the big players can enter the crypto courtyard. There are several crypto custody service providers that are already in negotiations with the Financial Industry Regulatory Authority (FIRA) and Securities and Exchange Commission (SEC). Soon there should be many custodians qualified by the official regulators. 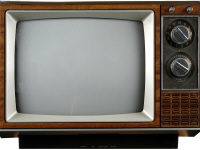 On October 15, “Digital Explorers” programme was officially launched in Vilnius, Lithuania. It started with the first batch of 15 thoroughly selected young Nigerian ICT specialists, who will spend the next year in 7 Lithuanian perfect-match ICT companies.
2019-02-12 18:43:44

Every new year presents an opportunity to look back, reflect on, and evaluate what happened over the past 12 months throughout the information technology (IT) sector.
Daugiau naujų naujienų
2022-06-30 12:56:13