Earlier today, the Prime Minister has met with UK’s Prime Minister Boris Johnson to discuss the security situation in Europe amidst tensions caused by the Russian military build-up along the borders with Ukraine and Belarus.

‘Russia’s military build-up is a threat not only to Ukraine but also to European security. The unprecedented mobilisation of Russian troops in Belarus is of particular concern. In this context, it is very important for Lithuania to have an increased NATO partners’ presence in Lithuania, consistent enhancement of the elements of air defence and rapid reinforcement, additional ammunition, and regular military exercise of the allies in the Baltic States’, said the Lithuanian Prime Minister.

Ingrida Šimonytė has thanked the United Kingdom for the support in the face of Lukashenka’s hybrid illegal migration attack against Lithuania and the EU, for its strong position and contribution to European security, for its leadership in the face of Russia's aggression against Ukraine, also for its practical support in strengthening the Eastern Flank, and for the solidarity with Lithuania countering the effects of China’s economic pressure.

The Prime Minister has welcomed the excellent bilateral relations between Lithuania and the United Kingdom.

‘We are NATO allies, and we have a similar stance on a number of issues, our bilateral cooperation has been growing, and we very much hope to use its full economic potential also in high value-added sectors. This year, we are celebrating the centenary of our diplomatic relations. The United Kingdom is home to a large Lithuanian community, whose rights are respected and guaranteed under the Agreement on the Withdrawal of the United Kingdom from the European Union’, said Ingrida Šimonytė.

As part of the visit to London, the Prime Minister will also meet with the UK Secretary of State for Defence Ben Wallace. 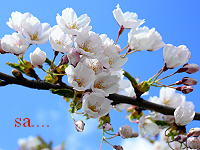 ‘I am here to witness the unhealing wounds of war. The never-ending and life-threatening pilgrimage of people—back and forth cross the bridge trying to gather pieces of their lives and families torn apart.
2022-01-22 19:22:56

Every new year presents an opportunity to look back, reflect on, and evaluate what happened over the past 12 months throughout the information technology (IT) sector.
Daugiau naujų naujienų
2023-02-02 16:00:49