It is obvious that the main goal of all investors is to earn a solid and growing income. A large number of those who want to start investing are looking for investment vehicles for this reason alone.

One of the main reasons why peer-to-peer lending platforms make it particularly easy to spread the risk of one's investments is the wide variety of products, such as loans in this case. For example, a peer-to-peer lending platform NEO Finance, offers investors an opportunity to invest in loans on the basis of five credit ratings: from very safe A+ and A to moderately safe B and to riskier but higher-interest C and C-. The statistical level of risk in a portfolio can therefore be varied according to the number of different ratings it contains.

Investors are sometimes hesitant about what to choose: they have a low risk tolerance yet they expect to earn as much as from the highest-risk loans. That is why it is worth looking for a compromise trying to invest in both higher-risk and high-reliability loans. Investing in loans with different risk levels makes the overall risk of the portfolio lower than that of each individual investment, and the possibility of earning higher returns on high-risk loans remains.

A portfolio diversification level of 1% is normally recommended, which is calculated by dividing 100% by the number of investments held in the portfolio. It should also be noted that risk can be categorized not only by credit rating, but also by loan term, amount and interest rate.

THINK ABOUT YOUR INVESTMENT GOALS

Before you start investing, answer a few questions – what is the goal of your investment, what is your risk tolerance, what result do you expect and over what period of time?

You can even split your investments into separate portfolios for different time periods. For example, in one of them, you can save money for retirement and reinvest the gains on a regular basis and perhaps even diversify your portfolio with riskier loans, the delay of which over a longer period of time would not be as significant as when the investment horizon is relatively short.

However, if you don't have a specific goal, but you want to be sure that you'll be able to withdraw the money whenever you need it in the near future, it is advisable to invest in shorter-term, high-rated loans or to take advantage of instruments that offer greater investment security. NEO Finance, for example, offers clients a free buyback guarantee, which allows them to sell overdue investments to the platform. Exclusively for A+ rated loans funded from 12 April 2021, in the event of default and cancellation, the platform automatically buys the investment for 100% of the remaining investment. For loans of other ratings, once the contract with the borrower is terminated, investors can sell the investment within a certain period of time at a fixed price, with the sale ratios depending on the borrower's credit rating. In addition, insolvent loans can be sold by investors to other investors on the secondary market at an attractive price. This way, you make sure that in a worst-case scenario, you will get back at least part of your investment.

At NEO Finance, the credit rating is calculated by AI operating for more than two years now and processing historical borrowers' data that include more than 30 different criteria such as age, gender, education, etc. The risk level of a credit rating also indicates the likelihood of default on respective loans, so it is advisable to trust the AI calculations and choose investments where you can bear the risk.

The validity of AI can best be seen at https://www.neofinance.com/en/statistics by looking at the significant reduction in defaults since 2020, when the system was introduced.

DON'T BE FRIGHTENED BY LOAN DELAYS

Whether or not to invest in high-risk loans is a personal decision. However, the frustration of a low-risk investor can be understood when the relatively safe loan chosen starts to default. Yet it is important to know that even in the event of a loan delay, a successful recovery can be expected, so there is no need to rush to sell the investment.

Investors who are not afraid to hold on to overdue loans and wait for successful recovery have the opportunity to earn more. When an insolvent borrower's loan is taken to court for extremely long delays and defaults, investors often rush to get rid of them quickly. However, if the credit is successfully recovered, the court will charge procedural interest, which further increases your earnings: NEO Finance has already paid out more than €106,000 in procedural interest to investors since its launch.

Naturally, it is important to understand that all situations are different and a wide range of scenarios can occur, so it is always worth bearing in mind that investing involves risk and that past performance is no guarantee of the same or similar results in the future. 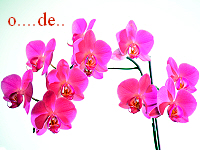 The UK, leader in the 5G project testing, shared its experience with Lithuania. In December, Lithuanian and UK experts had a remote session exchanging experience and lessons learned while implementing the 5G
2021-12-04 20:56:15

Every new year presents an opportunity to look back, reflect on, and evaluate what happened over the past 12 months throughout the information technology (IT) sector.
Daugiau naujų naujienų
2022-12-06 17:28:44